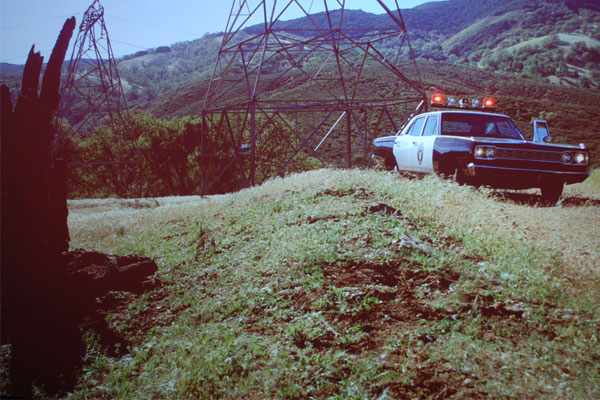 Last week a friend tricked me into going to the Philippe Parreno exhibition at the Serpentine Gallery by not telling me what we were going to see. It seems that she has picked up on my awkward relationship with video art (I enjoy narrative so tend to shy away from video art in favour of short films and animation) and has decided to educate me whether I like it or not. Luckily this first attempt went well.

As it happens I already knew Philippe Parreno’s work from his collaboration with Douglas Gordon for Zidane: A 21st Century Portrait. In case you’re not familiar with that piece, it was a film which exclusively focused on Zinedine Zidane throughout a Real Madrid v Villarreal CF match. Simple but fascinating for the most part.

Anyway, what of the Serpentine?

I think the best way I can describe it is spatial relationships explored with video being integrated into that. Four videos play in different rooms, one after another meaning you are not free to explore in your own time. Rather, you are led from room to room using various devices. Invisibleboy (2010) – a piece on an illegal Chinese immigrant boy who can see imaginary monsters who have been scratched onto the film stock – has a few seconds of footage of snowfall towards the end. You only pick up on it subconsciously until the blinds start to open at the end of the film and fake snow is falling outside. In The Boy From Mars (2003) lights fade up and down in the area surrounding an electricity generator which is powering the making of the film. Similar orange glows can be seen around the gallery in the weird plug socket sculptures which he calls AC/DC Snakes.

My favourite of the films was June 8, 1968. You can see a still from it above but it really doesn’t do the film justice. I didn’t actually know what it was about at the time so I had to make my own assumptions. A train moves along a track with people standing silent and still watching it pass. It’s how I would imagine it would be like to live in a model railway – the train going past and all you can do is stand in your pre-ordained spot looking as interested and engaged as the enthusiastic hobbyist has ordained you to be. What was unexpectedly eerie was watching the train pass a woman holding a baby because she didn’t lift its hand to wave at the people on board. It was strange realising that forcing small children to wave at airplanes and trains is so culturally ingrained in me as normal. The gallery site explained the eeriness and stillness with the following: “[The film] recalls the train voyage that transported the corpse of assassinated senator Robert Kennedy from New York to Washington D.C.”

If you’ve been to see the exhibition I’d love to know what you thought so why not drop me a comment?

← Massacre in Korea – Picasso (Part 2: The painting itself)
Vulcan invented the pyrocumulonimbus →