Tracey Emin – Love is What You Want 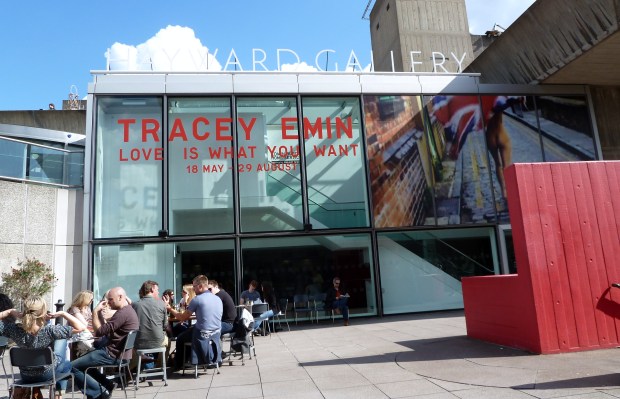 Love is What You Want - photo by Sofia Gk, reproduced under creative commons

I’ve been trying to see whether Tracey Emin’s video work Why I Never Became A Dancer is available online to share with you.

I went to see Love is What You Want – her current major exhibition over at the Hayward Gallery – and that was the piece that really stayed with me.

Tracey narrates an account of her teenage boredom and frustration growing up in a seaside town just along the coast from me (she doesn’t name check me in the narrative, though) over shots of local landmarks and childhood haunts. Sex was one escape although gradually it lost its allure to the pleasures of dancing. The crux of the story is an anecdote where Tracey attempts to escape Margate by winning a disco dancing competition, only the be humiliated on the dancefloor by a group of local lads, most of whom she had slept with.

The video finishes with the artist as an adult, dancing to Sylvester’s ‘You Make Me Feel (Mighty Real)’ – joyous ‘fuck you’ to the past.

Sadly I can’t find it so you’ll have to make do with the artist talking about the exhibition to Channel 4.

If you can’t be bothered to watch it all (especially what with the I/you kerfuffle at the start) the most important thing to take away is that if you don’t laugh at any point you’ve missed some of the major points of the show.